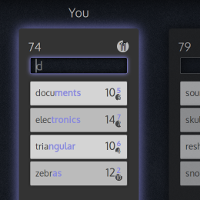 Shiritori (しりとり) is a popular Japanese word game for two players. Players take turns to say a word that begins with the last letter of the previous word. For example "apple" ⇒ "elephant" ⇒ "tradition". In this version, the game is made more challenging by awarding more points for answering quickly and for using long words. You can play single player against the A.I or play multiplayer against a friend. 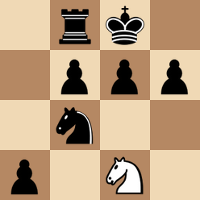 No fuss, pick-up-and-play version of this timeless board game.

Classic online chess game. Currently supports playing against an AI opponent or playing a 2 player game on the same computer.